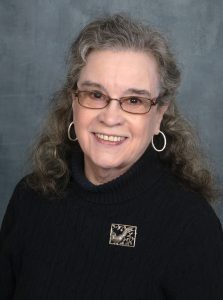 Boasting a career of nearly five decades in the artistic world, Charleen Verena Kavleski is regarded as a distinguished artist and educator. At the start of her professional endeavors, she earned an Associate of Arts and an Associate of Applied Science from Orange County Community College in 1963 and 1964, respectively, and continued coursework at the Herron School of Art and Design at Indiana University. Subsequently, Ms. Kavleski earned a Bachelor of Science from the State University of New York at New Paltz in 1967, where she has also completed graduate coursework in fine arts.

Ms. Kavleski spearheaded her career as an art teacher with the Monticello Central School District in New York in 1968, where she remained through 1999. Simultaneously, she had served as an art advisor and art editor of the literary and art magazine at Robert J. Kaiser Middle School for one decade. From 1983 to 2009, Ms. Kavleski acted as an antiques and art dealer for Brockmann’s Antique Center in Milford, New York. She currently dedicates her time to serving as an antiques and art dealer at Albatross Antiques and Art in South Fallsburg, New York and as a board member of Amos Eno Gallery, where she has also been treasurer.

Throughout her artistic career, Ms. Kavleski has been commissioned by numerous notable patrons, including Dr. Goddard Lainjo and Dr. Gustav Gavis, to create installations of painted constructions in Monticello. Due to her exceptional work, she has also been featured in the Bau Gallery, the Sullivan County Democrat on numerous occasions, the Times Herald-Record and the Great Neck Record. Over the years, Ms. Kavleski has participated in exhibitions and art shows for the Catskill Art Society, the Annual National Association of Women Artists, Inc., the Sylvia Wald and Po Kim Art Gallery and the Shops at the Loom, among many others.

Finding great success in her artistic and professional endeavors, Ms. Kavleski has been honored on numerous occasions by the National Association of Women Artists Award, as she was the recipient of the Eve Helman Memorial Award for Works on Paper, the Elizabeth Horman Memorial Award for Digital Art, the Miriam E. Halpern Memorial Award, and the Clara Shainess Memorial AWard. She also won first place for an installation at the Nepenthe Mundi Emerald City Classic in 1987, among other achievements. Reflecting upon her career, Ms. Kavleski is particularly honored to have her art classes credited as the inspiration for the Art Teacher of the Year, Brenda Swalski, by the New York State Art Teacher’s Association Regent 7 in 2020.

Site powered by Who’s Who Publishers